Speaking to developers on Twitter is great. I learn about new games from people that are genuinely passionate about what they do, and really talented at doing it. Then, occasionally, a generous studio will send over a free copy of their game for little ol' me. In this case, the generous studio was Arif Games, and the game was Dark Fear, a pixel horror RPG adventure that's pretty damn addictive. 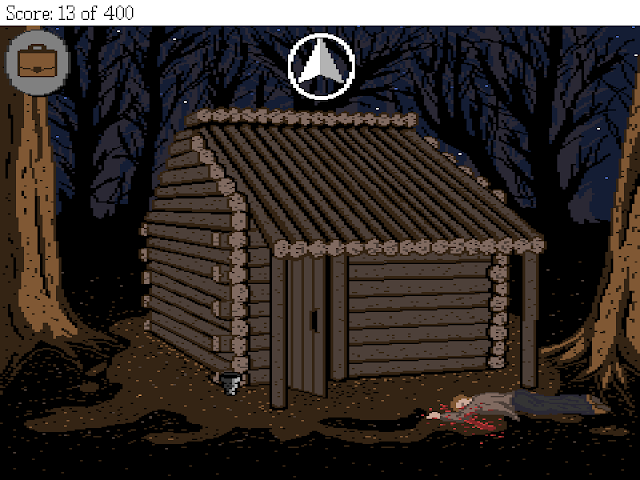 Worried that I might not have time to play much of Dark Fear before writing about it, I let the studio know that I wouldn't be able to guarantee a full review. Little did I know that only two days later I'd get 29% through the game in one sitting... Granted, I only played for about an hour, but I'd still say that's an impressive feat for playing on my mobile. Unless I'm travelling, a mobile game has to be good to keep my attention. Dark Fear is.

Yes, some mobile games are incredibly simple, aiming to latch onto the success of games like Angry Birds or Candy Crush, but Dark Fear is an adventure of variety and tension. It just so happens to be squeezed into a portable device. 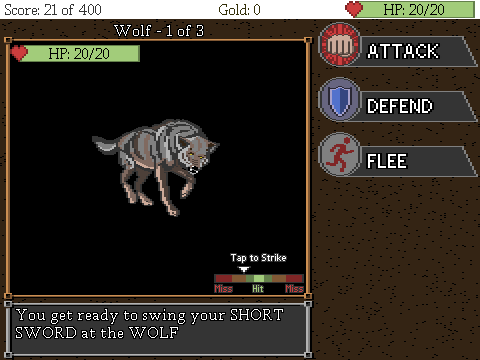 It is the variety of Dark Fear that I believe captivated me so during my hour of gaming. One moment the game was a point-and-click puzzle solver, and the next it was a turn-based RPG where I was fighting off wolves, tree demons and a possessed child (with the added bonus of NPCs, shops, weapons, armour, potions and even a little bit of grinding for money). If you hadn't guessed from "possessed child", the game is also sometimes tense and downright scary. I'm not just talking about when a little girl scuttles across a wall, or runs towards the player shrieking like a banshee, because even the title screen made me jump. It uses a painful screech to announce itself, similar to the opening of the Insidious films, and it really sets the tone of the game. 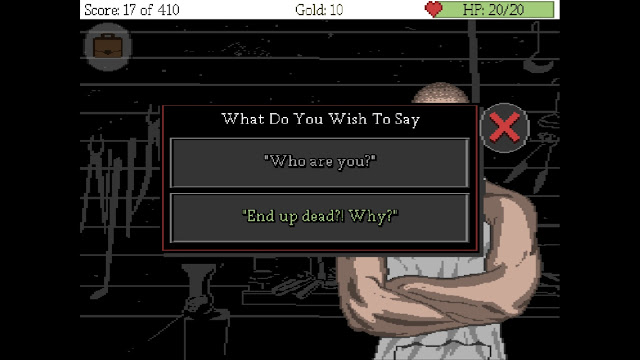 The game is also quite open, especially after making a little progress, and the player is able to choose between a few different locations at their own leisure. Sometimes they'll want to progress by using something they've found to solve a puzzle, or by talking to an NPC about something they’ve done, but other times they might just go hunting in the woods, catching rabbits, deer and badgers for their fur, and then sell that fur to afford new gear. Carrying out these tasks to upgrade your character is fun, addictive and also makes the moments of tension and horror that much more effective. 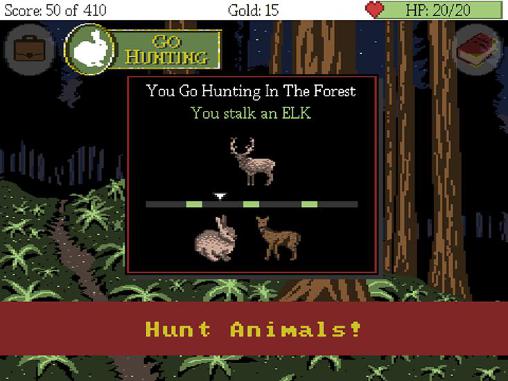 If you ask me, that should be enough for you to want to look into Dark Fear. What I have played so far was fun enough for me to ignore everything else in my life and home for an hour, playing on my phone in the darkness, and I’m looking forward to playing more. Since you don’t even need to be online to play it (hallelujah!), this could become your new piece of travelling horror. From what I’ve played so far, Dark Fear definitely deserves a place on your phone.

Find out more on iTunes or GooglePlay, and get in touch with Arif Games on Facebook or Twitter, even if it is just to tell them that they are awesome.
Posted by Unknown at 12:00