Halloween is often a time for horror fans to get a little nostalgic. If you’re anything like me, it makes you want to watch classic horrors of all kinds, and dig out old games that you haven’t played in a while. When it comes to nostalgic gaming, though, Peter Lazarski has you covered. Experience something new, but instantly familiar, in Halloween Forever, a game where an evil sorcerer plunges the world into a never-ending Halloween, and creates Pumpkin Man in the process. 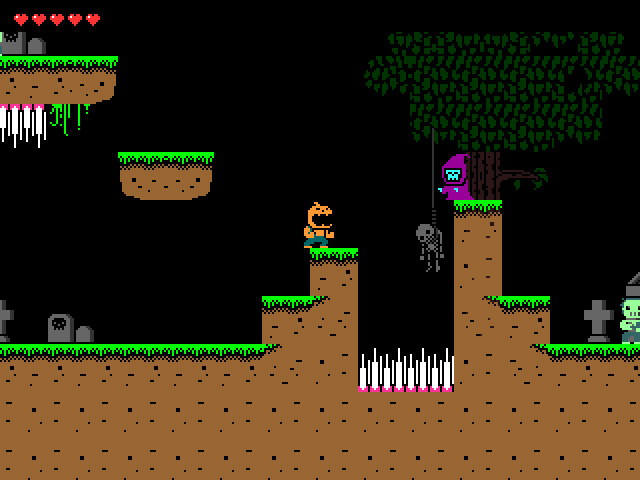 You then make your way through three horror-themed worlds, searching for an answer to the question, “why is everything so damn creepy?” Not that this will be easy, because along the way you will come pumpkin-to-face with a number of creatures that you’ve come to expect hiding under your bed when it comes to Halloween. This includes snakes, bats, skeletons, undead sorcerers, and also chainsaw-wielding crazies, who will run towards you if their beady eyes look in your direction. There’s also a lot of spikes… I learnt that the hard way. 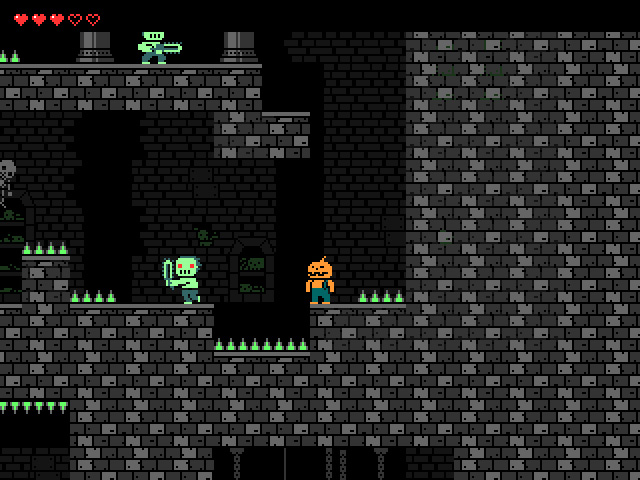 I’ve only had time to quickly jump into the world of Halloween Forever, but thanks to the 8-bit style and the chiptune soundtrack created by Robert Mostyn, I was instantly transported to a place of good feels. As I was warned when the game was first introduced to me on Twitter, it hit me right in the “nostalgia button,” and it’s a feeling that everyone should experience. Thanks for pointing me in the right direction, Thomas! 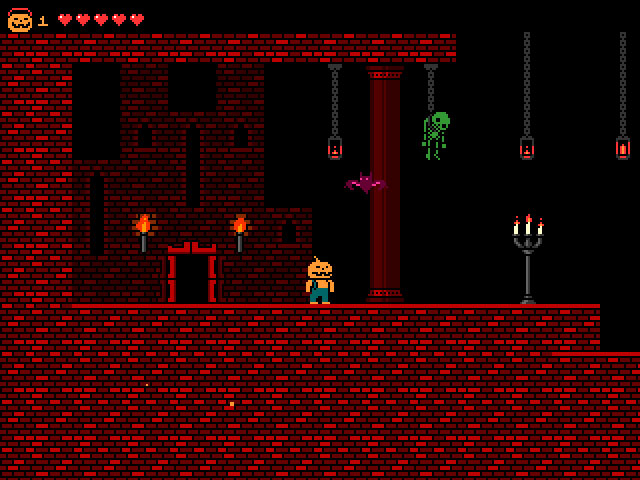 Since Halloween Forever is only $2.99 USD (roughly £2 GBP) on itch.io, there’s really no excuse not to bring this sense of nostalgia into your Halloween this year. If you’re not convinced, why not ask Lazarski on Twitter? You’re already convinced? Perfect. You can find your good feels right here.
Posted by Unknown at 12:00